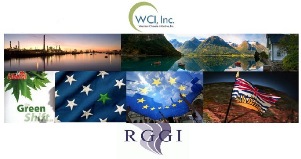 Economic theory predicts that attaching a “price” to carbon emissions, through either a cap and trade scheme or a straightforward carbon tax, is the most efficient way to reduce greenhouse gas emissions (GHG). However, the gap between theoretical predictions about the likely impact of a general policy approach and the real-world consequences of policies as they are actually designed and implemented is often large. This has certainly been true in the case of carbon pricing policies.

This paper focuses on eight case studies from around the world to examine the economic, environmental and political effect of ambitious carbon pricing policies and proposals. In several of the case studies we examine, the policies failed to achieve their stated objective of significantly reducing greenhouse gas emissions without causing severe economic shocks. In some cases, the policies did not work because design flaws limited their environmental efficacy. In others, projected negative economic shocks and program design flaws alienated key constituencies and resulted in political backlashes that either led to policy reversals or prevented implementation. The key findings from our analysis of these case studies include:

• From a theoretical perspective, carbon taxes are superior to cap and trade both environmentally and economically. The imperfect information available to policymakers makes effective central planning of economy-wide emissions exceedingly difficult. Cap and trade plans are also susceptible to gaming and political manipulation.

• Revenue neutral carbon reduction plans may be more saleable and less economically damaging than policies that use carbon pricing as a tool to increase government revenue or pursue other social objectives. Revenue neutral carbon reduction plans are also more likely to succeed politically if they include easily understood revenue-recycling provisions that return carbon revenue to the private sector through transparent, efficiency-enhancing tax reductions.

• Even carbon pricing plans that are revenue neutral overall can cause significant harm to specific industries, groups and regions within a jurisdiction, leading to the development of fierce, concentrated political opposition that can result in policy reversal. If governments develop strategies to compensate the “losers” of carbon pricing initiatives, political opposition may be blunted. In the case of Canada, this would likely mean that a national carbon pricing program would require mechanisms to compensate Alberta and Saskatchewan to ensure that the costs are not disproportionately borne by a specific region of the country.

• Carbon pricing proposals often result in severe negative political outcomes for their proponents. For example, aggressive support for carbon pricing played a significant role in recent electoral defeats for congressional Democrats in the United States and the federal Liberal Party of Canada. Support for carbon pricing has also, at various points in recent history, contributed to an erosion of popular support for Australia’s governing Labour party. Further, political opposition has prompted several participating jurisdictions in two major regional cap-and-trade initiatives in the United States to withdraw, limiting the effectiveness of those initiatives.