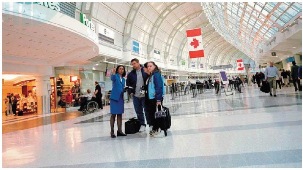 Historically, Canadian airports began as municipal creations with federal oversight in safety, emergency landings and in the creation an airway spanning the country. The poor state of post-Depression airports and the intensive federal involvement in airports during the war years (1939-45) combined to create a natural shift in airports from municipal entities to federal operations. A transformative change in 1992 resulted in airport transfers from the federal government to self-financing, not-for-profit corporate entities making leasehold payments to the federal government.

The survey and construction of the Trans-Canada Airway represented one of the largest federal initiatives in Canadian history. The dramatic growth in the airline industry in Canada would not have taken place without it. The resulting benefit to the movement of persons and goods allowed great strides forward for the country.

This paper will assess whether the not-for-profit model of 1992 was accompanied by any similar grand design and whether it has in any way addressed the needs of the airlines, the travelling public, cargo and, ultimately, the Canadian economy.

The paper will examine airport policy in Canada, the United Kingdom and the United States, including underlying issues of traffic levels, landing fees, commercial airport operations and competition. It will question whether productivity, transparency, accountability and pricing have been achieved under the not-for-profit model. The paper concludes that the not-for-profit model has constrained rather than enhanced growth and represents little more than an intermediary step before privatization. With the wide benefit and limited criticism of privatized airports, the model best suited to the growth of airports and the economic growth of Canada is a privatized airport model.